Assembly production often involves the task of forming or joining multiple parts together which can be a tedious job that requires precision and speed. Robotic assembly or robot assembly is when an industrial robot is used to automate this process. Robotic assembly is especially useful when a process is very tedious or repetitive. The robot is integrated with end of arm tooling allowing it to perform the desired operation. The process can be automated using a single robot in which a human removes and replaces the item being assembled or having another robot remove and replace the part. Because of this many manufacturers are turning to robots to automate their operations making assembly one of the most common types of robotic applications.

Industries such as aerospace, automotive, medical, and technology have been turning to assembly robots like the FANUC M20ia because they recognize the benefits far out way the costs. These benefits include: 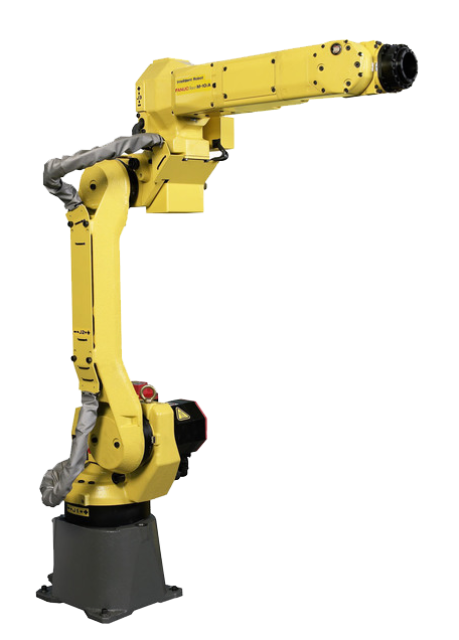 Types of assembly robots include six-axis arms, SCARA or Selective Compliance Articulated Robot Arm, and the speedy Delta robot configuration. Vision systems such as 2D and 3D can help robots like the KUKA KR 16 with assembly operations by locating parts and translating for the robot how to fit pieces together. Tool changers can also aide with assembly applications by helping robots adapt to various gripper or end effector types needed for the production of different part sizes. Advances in robot technology are driving manufacturers to incorporate assembly applications in order to increase efficiency while decreasing costs.

Contact us by email mm@robotsdoneright.com or phone (440) 724-6568 today to discuss buying or selling an assembly robot.