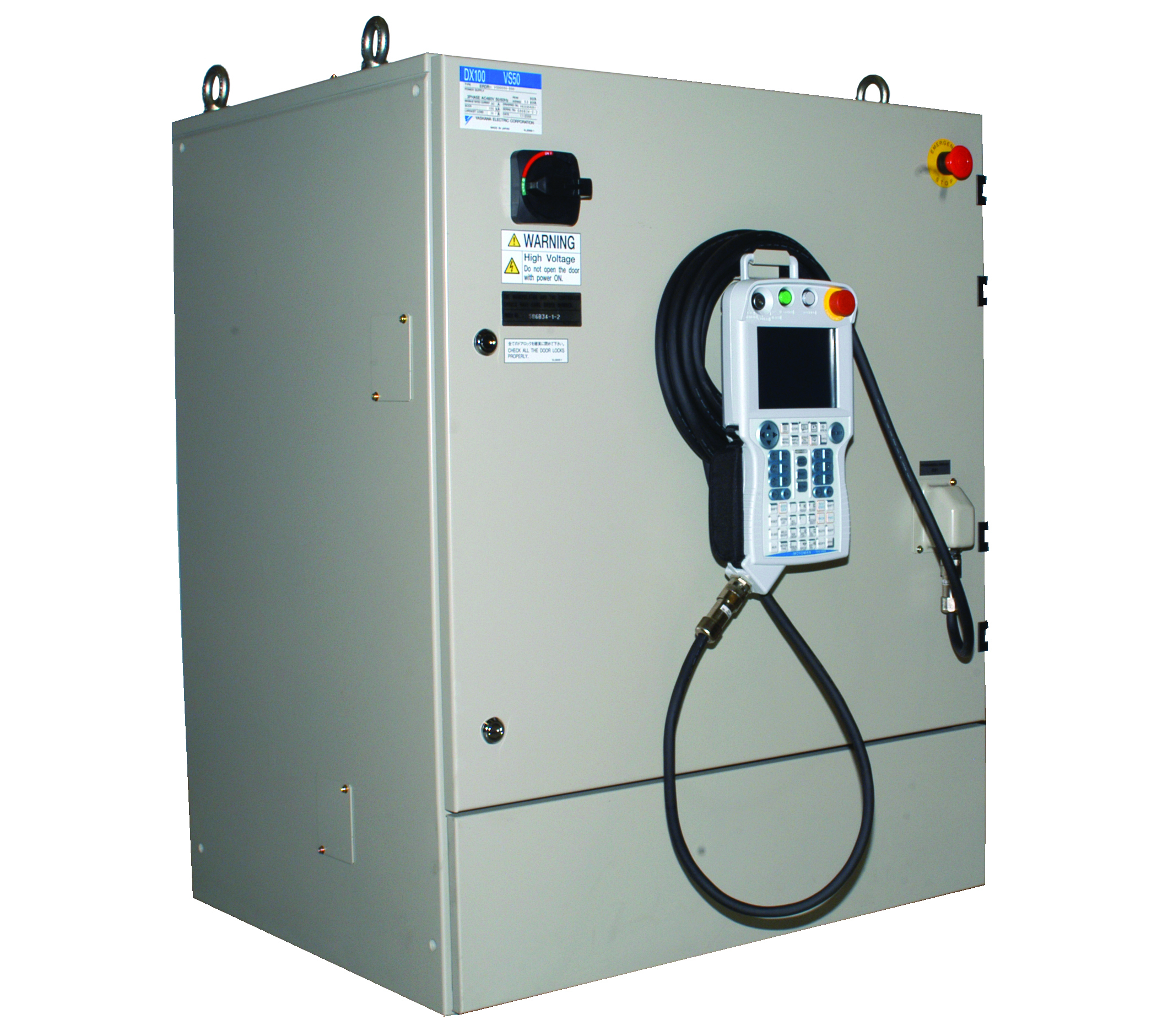 The Yaskawa Motoman DX100 controller includes built in Ethernet, a full color touch screen display, and the Windows CE operating system. This controller was produced anywhere from 2010 to 2014. Used Motoman DX100 robots typically have low hours on them due to being relatively new in age. The Yaskawa DX100 is capable of controlling up to 8 robots using a single teach pendant, lowering the cost of multiple robot systems like the Arcworld 6300. The DX100 controller has all the features of the Motoman NX100 with faster speeds that reduced cycle time. Not only can the DX-100 control multiple robots, but it can also control up to 72 Motoman motor based axes at one time. Used Motoman DX100 robots can provide a significant return as they are built to last while costing significantly less than new or used Motoman robots.