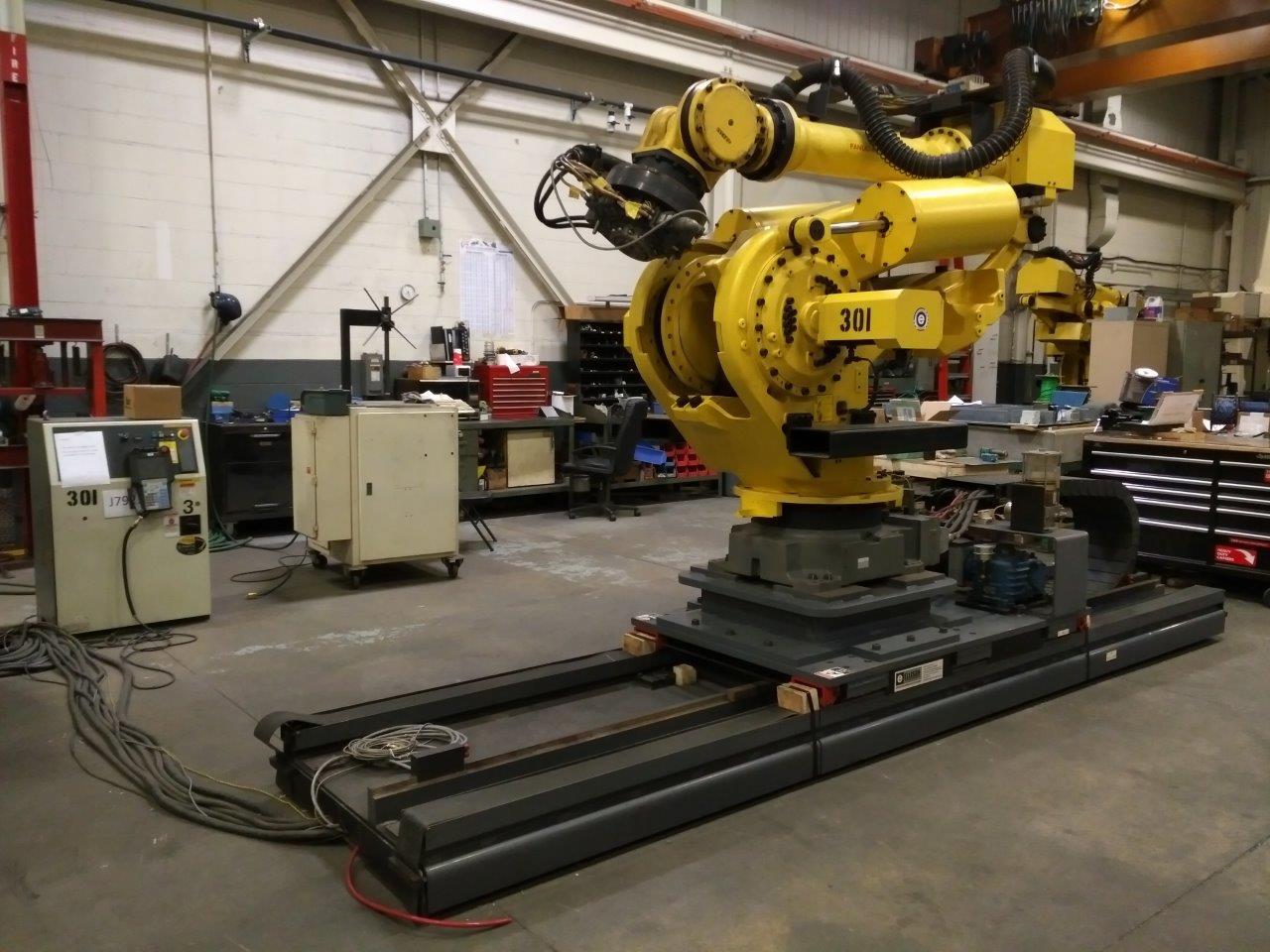 Robot payload is defined as the amount of mass an industrial robot arm is capable of lifting. Robots come in a variety of payloads ranging from extremely light to heavy. It is one of the most important characteristics to determine when automating with industrial robots. It can impact the type of robotic EOAT, type of robotic application, and workpieces used.

Heavy payload robots are some of the strongest in the industry with the capability to lift substantial weights while also boasting wider work envelopes. These robots can take over jobs once reserved for forklifts, cranes, and lifts while providing increased production flexibility. Heavy payload robots are ideal for those manufacturing large products including those in the automotive and aerospace industries.

In general, a robot is considered to be in the high-payload category if it can regularly lift weights of 200 kilograms or greater. However, the classification of heavy payload robots may vary with each robotic manufacturer. FANUC’s high-payload robots fall within the standard definition with their R-2000 series, M-900 series and M-2000 series. The FANUC M-900ia/600 and the FANUC R-2000ib/210F are two of their most successful heavy-duty robots. While ABB defines these robots as being able to lift 350 kilograms or more. The ABB RIB 7600 is one of their most popular high-payload robots. Most robotic manufacturers offer high-payload robot variations, with some offering heavier models than others. ABB, FANUC, and KUKA have some of the strongest robots with each designing models with payloads in excess of 1,0000 kilograms.

Heavy payload robots allow for more automation flexibility when it comes to manufacturing applications. They can easily be programmed for production changes and are designed to cover multiple application types, unlike traditional material handling machining. These robots can be deployed for many heavy-duty material handling applications including palletizing, packaging, part transfer, pick and place, depalletizing, and machine loading. The ABB IRB 7600-500/2.55 is ideal for the lifting of large, bulky pallets.

While most may think of heavy payload robots for only the lifting of large workpieces, they can also be useful for applications requiring the use of heavy or bulky tooling. Robot payload does not just refer to the weight of objects lifted by a robot arm, but also the weight of any end-effector integrated with it. For instance, drilling in the aerospace industry requires the use of large, heavy drills in order to make holes in the fuselage. This is why many manufacturers in this industry deploy high-payload robots for drilling applications. Heavy payload robots are not just limited to material handling tasks.

Heavy payload robots increase manufacturing efficiency, productivity, and safety. High-payload robots tend to have longer reaches allowing for each robot to cover significantly more work area than other machines or workers. They can operate at faster speeds than humans or other equipment and are programmed to move immediately onto the next part without delays. Since they do not require worker intervention, facilities can operate twenty-four hours a day instead of twelve hours. Deploying high-payload robots can remove workers from operating material handling equipment or from having to do the lifting themselves, both of which can compromise their safety. Heavy payload robots are a cost-effective and versatile solution for taking on heavy-duty manufacturing.

Looking to purchase or sell a heavy payload robot? Contact us at mm@robotsdoneright.com