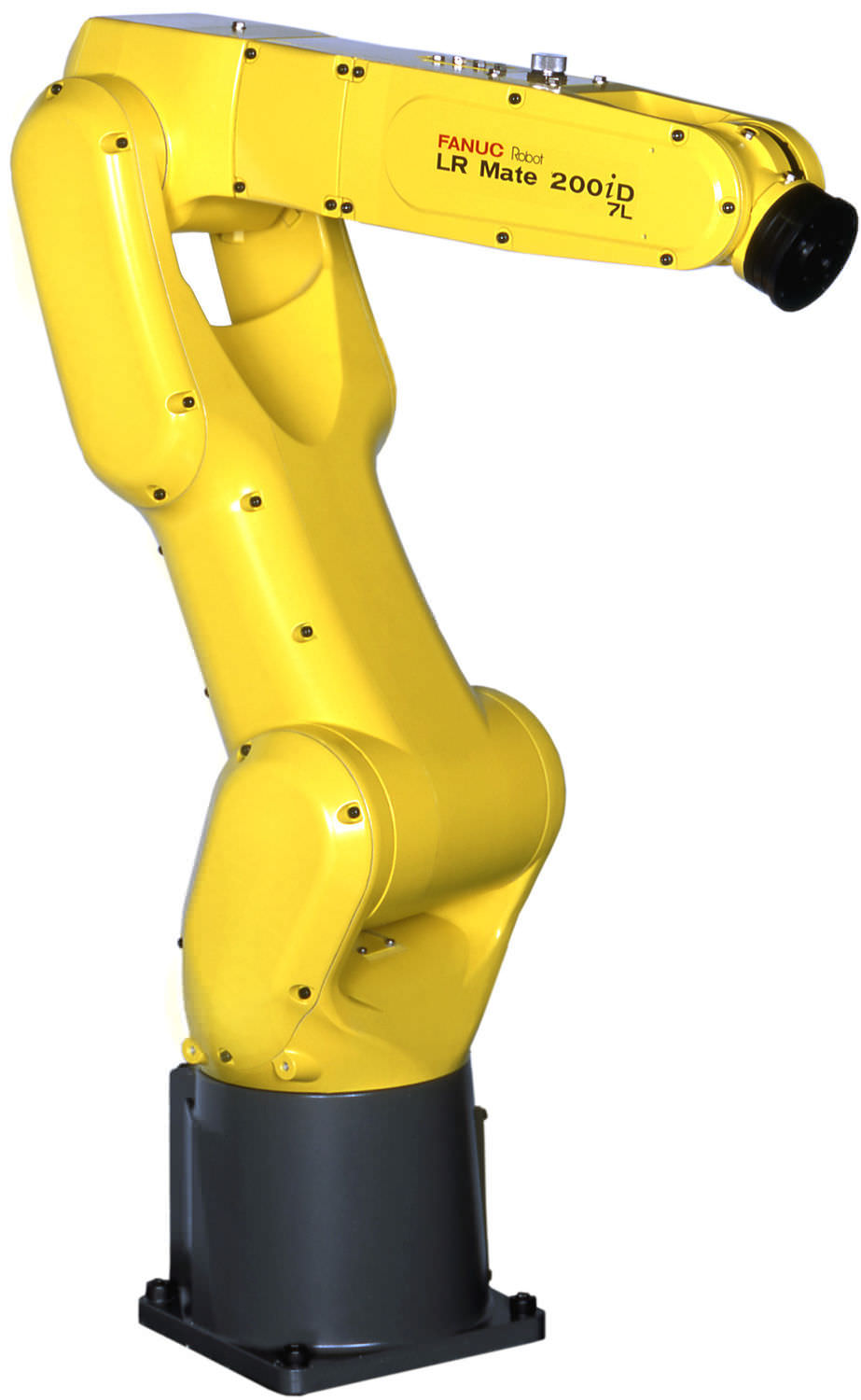 When you think of industrial robots large and bulky machines may come to mind, but for those operating with limited floor space there are compact options too. The FANUC LR Mate series is one of the most popular lines of compact robots featuring human sized robot arms. These FANUC robots allow for fast handling of workpieces and can be found in a number of industries, especially those working in labs or clean room facilities. FANUC continues to improve upon this line with their FANUC LR Mate 200ic and its now successor the LR Mate 200iD.

The FANUC LRMate 200ic is a table top size robot featuring a slim and light weight design. This 6-axis robot has a payload capacity of 5 kg and a reach of 704 mm. Its compact size allows for easy operation within confined or narrow spaces, making it an excellent choice for small payload applications where floor space is limited. Despite its size, the LR Mate 200iC has the capacity for an expanded work envelope with the ability to bend fully backwards. This robot is designed to work with the FANUC R-30ia controller. The backwards capability along with its various mounting options including floor, inverted, or angled, provide manufacturers with increased operation flexibility. The LR Mate 200iC is commonly found working within laboratories or clean room facilities since it features an enclosed mechanical design eliminating the exposure of the cables or hose. On top of the enclosed mechanical design the LR Mate 200iC is available in an IP67 option to prevent the intrusion of dust or liquids further allowing it to operate in clean or harsh environments. Regardless of work environment the LR Mate 200iC is capable of covering a number of applications including robotic assembly, automated material handling, machine tending, and automated pick and place. These FANUC Lr Mate robots are perfect for robotic training cells like this one: 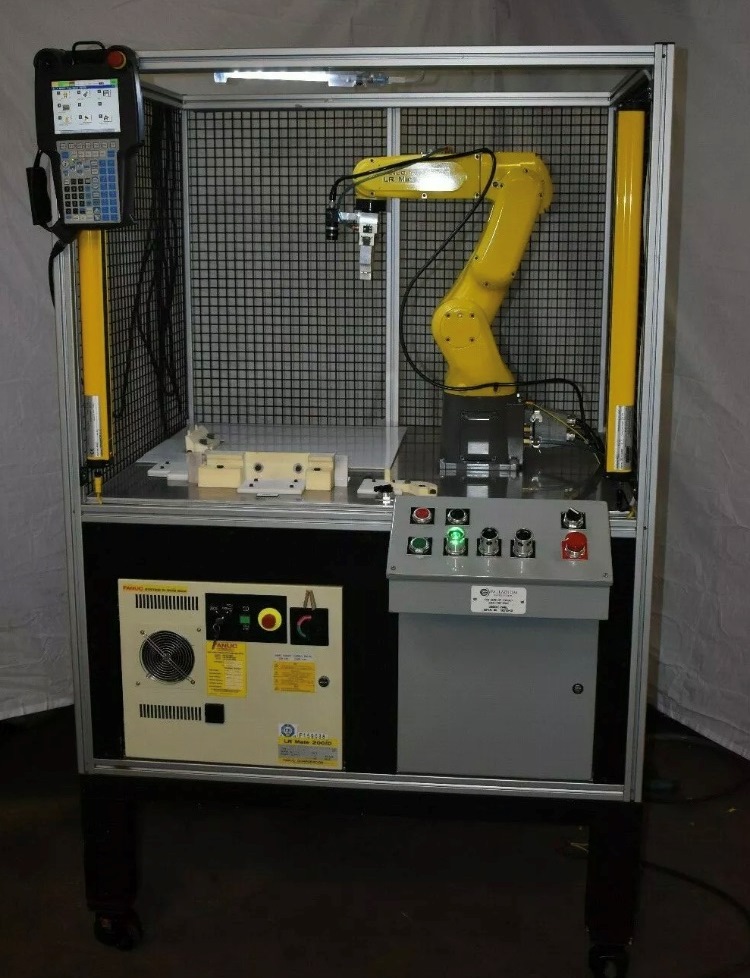 As mentioned above the FANUC LR Mate 200iD is the newer version of its predecessor, the LR Mate 200iC. The LR Mate 200iD features improvements over the C models including higher payload capacity, lighter weight, and faster operating speeds. In fact, the 200iD is known as the lightest robot in its class. This six-axis robot has a payload of 7 kg, a reach of 717 mm, and repeatability of 0.01 mm. The compact design not only allows for operation in tight spaces, but also allows for several robots to work within close proximity to one another without interference. Like the 200iC the 200iD offers increased flexibility with backwards capability and various mounting options including floor, ceiling, wall, and angle. This articulated robot is designed to work with the FANUC R-30ib controller. The LR Mate 200iD also comes in food, clean room, and wash proof versions allowing for operation across several industries. It features sealed mechanical unites making it fully IP67 rated further proving its capability of operating in clean room or harsh environments. The LR Mate 200iD is built with powerful servo motors and a rigid arm for faster acceleration, smoother operation, and shorter cycle times. With the LR Mate 200iD productivity rates will skyrocket with its speed and high reliability. There are a number of applications covered by the LR Mate 200iD, some of the most popular include: assembly, robotic packaging, material removal, automated deburring, robotic part transfer, and machine loading.

We currently have the following FANUC Lr Mate models in stock: