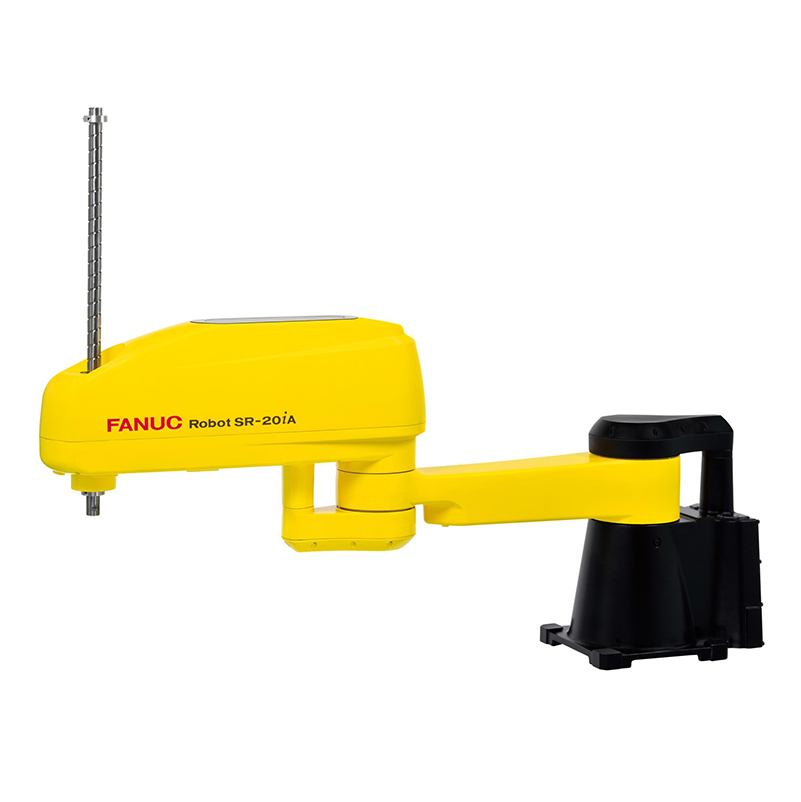 Selecting the right industrial robot for your operation is key for a successful automation process. Robot selection is mainly dependent on the type of application being automated. There are several different types of industrial robots available for automating manufacturing processes. Two of the most common are SCARA robots and articulated robots. Below is a look at the key features of each to help you determine which will be the best fit for your robotic automation needs.

Most SCARA robots consist of four axes; however, some have three axes. Fewer axes mean the FANUC SR-6ia along with other SCARA robots are simpler to control as there are fewer motors to program.

Since SCARA robots have fewer axes their range of motion is more limited than articulated robots. The X and Y axes of SCARA robots are flexible, but the Z axis is fixed, meaning they are selectively compliant.

Articulated robots come in a wide variety of payload capacities ranging from very light to incredibly heavy. The ABB IRB 140 is a light payload articulated robot, while the FANUC M-900ia/600 is one of the heavier lifting robots.

SCARA robots are also limited when it comes to reach with most around or under 1,000 mm. The FANUC SR-3ia has a short reach of just 400 mm.

SCARA robots have a limited selection of applications they can automate due to their axes, payload, and reach. SCARA’s are best for tasks with fast, repetitive motions. Their rigid Z axis makes them ideal for automating assembly applications. They can also automate pick and place, dispensing, packaging, 3D printing, inspection, and palletizing.