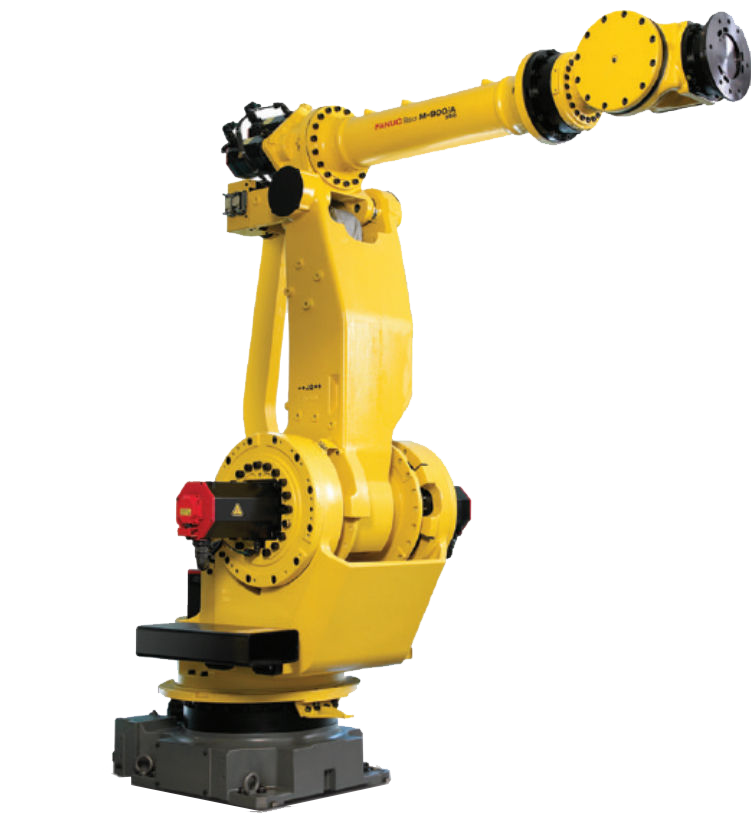 FANUC is known for their highly reliable and durable industrial robots. One of their most rugged factory robot lines is the M-900i series. The FANUC M-900i series consists of several high payload robots capable of handling some of the toughest jobs and harshest environments. Each industrial robotic arm in the series consists of six axes. Six axis robot payloads are on the heavy side with ranges from 150 kg to 700 kg. These robot manipulators are some of FANUC’s highest payload robots making them capable of automating heavy payload applications. These articulated robots also feature long reaches starting at 2,650 mm and going up to 3,704 mm. The long reach of these industrial robotic arms provides a wide work envelope, making them capable of handling large workpieces or covering large work areas.

Robots in the Series

The FANUC M-900i robots are compatible with the RJ3iB, R-30iA, and R-30iB and R-30ib Plus controllers. They are designed for a long lifespan and reliable operation even in harsh conditions with a compact motor protected wrist, hollow drive shafts, and equipment mounting. These features help reduce wear and interference ensuring the longevity and reliability of these robots.