What Industries Use Cleanroom Robots? 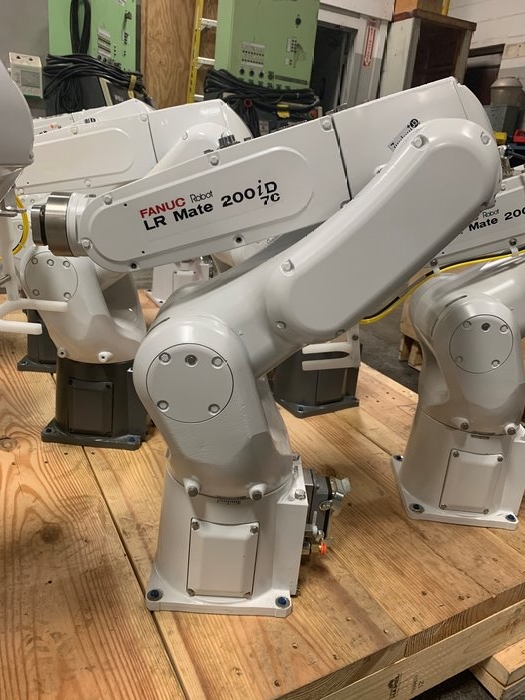 Cleanroom robots are designed to meet the stringent cleanliness standards for facilities manufacturing products that are sensitive to pollutants. Cleanroom robots differ from other industrial robots in that they are specially sealed, have stainless steel hardware, non-gassing lubricants, and internal vacuums. All these features ensure work environments will not be contaminated by the robots, upholding strict cleanliness. Manufacturing with humans in such environments has proved challenging as people are often the top source of contamination with dirt and germs. Cleanroom robots increase manufacturing accuracy, productivity, and efficiency while also being much cleaner than humans. It is no wonder many industries have c to protect their cleanroom facilities and automating with industrial robots.

It may be surprising to learn that the electronic industry is one of the top users of cleanroom robots as this may not be an industry that is immediately associated with cleanliness to most people. However, many of the components used to build smart phones, computers, and cameras are extremely sensitive to dust and other particles. If these parts become contaminated, they can become damaged or defective. This can become costly to electronic manufacturers in both time and materials. Deploying a FANUC LR Mate 200id/7C for electronic assembly keeps production lines clean and protects product quality.

The food industry is another industry that has greatly benefited from cleanroom robot automation. Cleanroom robots can be utilized for the sorting, inspecting, mixing, and handling of fruits, vegetables, meats, and other items that are either packaged or unpackaged. Using cleanroom robots for food manufacturing has eliminated the need for human interaction with products in many cases, significantly reducing the risk of food items becoming contaminated. Cleanroom robots greatly improve the overall safety of food production. Delta robots such as the FANUC M-2ia are being utilized for cleanroom pick and place applications due to their speed and accurancy.

Cleanroom robots are being used to safely automate the pharmaceutical industry. These robots can be deployed for sorting, bottling, dispensing, and inspecting medications. They have been deployed to produce tablets, IV bags, syringes, and chemical treatments among many others. These robots provide reliable and consistent operation, ensuring all medications handled will not become compromised from any possible contaminants. Deploying a ABB IRB 140 for pharmaceutical manufacturing ensures stringent quality standards will be meet with each medication produced and safe for consumers.

Many cleanroom robots have been deployed for the production of medical devices. These devices can involve the assembly of delicate and intricate parts, while also needing to be manufactured in a sterile environment. Cleanroom robots allow for the production of these complex devices with their accuracy and precision while also ensuring the safety of each device. Medical devices need to be manufactured correctly and without the risk of having their safety compromised. Cleanroom robots manufacture these devices to the highest quality while also maintaining proper sterilization.

Semiconductors are microchip components that are key to many electronic devices. These microchips can be extremely delicate to manufacturer. They also require very stringent regulatory standards of their production environment as the slightest amount of dust can completely damage these parts that are very expensive to manufacturer. Cleanroom robots allow for the clean and precise manufacturing of semiconductors. A FANUC LR Mate 200ic/5C may be used to safely automate machine loading, unloading, or part transfer processes of semiconductor production.