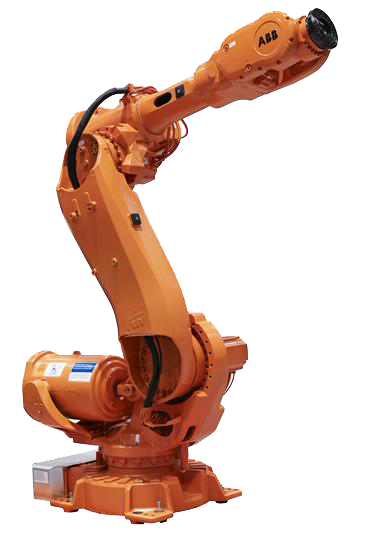 Robotic press tending involves the use of an industrial robot to repeatedly load and unload workpieces from a press machine. Press tending robots are integrated with end of arm tooling options such as vacuum grippers, mechanical grippers, or magnetic grippers to customize them towards a specific operation. The use of end effectors allows press tending robots like the FANUC R-2000ib/125L to be able to handle a variety of materials from plastics to metals as well as work in both small and high-volume productions.

Robotic press tending is most commonly used for interpress handling or the transfer of parts between presses. For example, an ABB IRB 6640-185/2.80 will load a workpiece into the press machine, remove the part from the machine after the press is complete, place it in the next location it needs to be on the production line, and then repeats this process with the next workpiece. With advances in robotic technology such as robot vision systems, they are also taking on more complex tasks such as intrapress handling. During this process press tending robots move parts around to three or four dies all within the same press. They are also being used to reposition workpieces by tilting, rotating, or flipping them as they are moved through the press machine.

Industrial robots used for press tending applications can range from four to six axis. A six-axis robot such as the Motoman MH165 offers greater flexibility for transforming parts, making it ideal for applications in which parts need to be reoriented. A four-axis robot like the FANUC M-410ib/160 is best for simpler press tending processes in which parts do not need repositioning. These robots can be mounted to a rolling base, overhead, or to the side to help manufacturers save on floorspace.

Manufacturers automating their press tending applications with robotics see a significant increase in productivity. A press machine can be loaded and unloaded by a robot at a rate of up to 480 parts per hour. That works out to be about one part every 7.5 seconds, human operators cannot come close to that kind of throughput. Robots are also faster when it comes to die changeover. When done manually die changeover can take several hours, but with a robot it only takes two-ten minutes further decreasing cycle time. The precise movements of press tending robots also keep productivity levels up as they are programmed to correctly load and unload workpieces consistently. Errors resulting in damaged parts are eliminated preventing the waste of materials and downtime it takes to replace parts or correct mistakes.

Swapping out manual operators for press tending robots increases operation safety for manufacturers as well as remove workers from an undesirable and taxing job. Press tending is one of the most dangerous and fatiguing manufacturing processes. Workers are subject to repeatedly lifting heavy materials to and from presses putting a great deal of strain onto their bodies. Workers are also at risk of losing a finger, hand, or arm when tending press machines. Press tending robots are designed to be able get within half an inch of press machines to load or unload parts without failure.

Contact us by email mm@robotsdoneright.com or phone (440) 724-6568 today to discuss buying or selling a press tending robot.