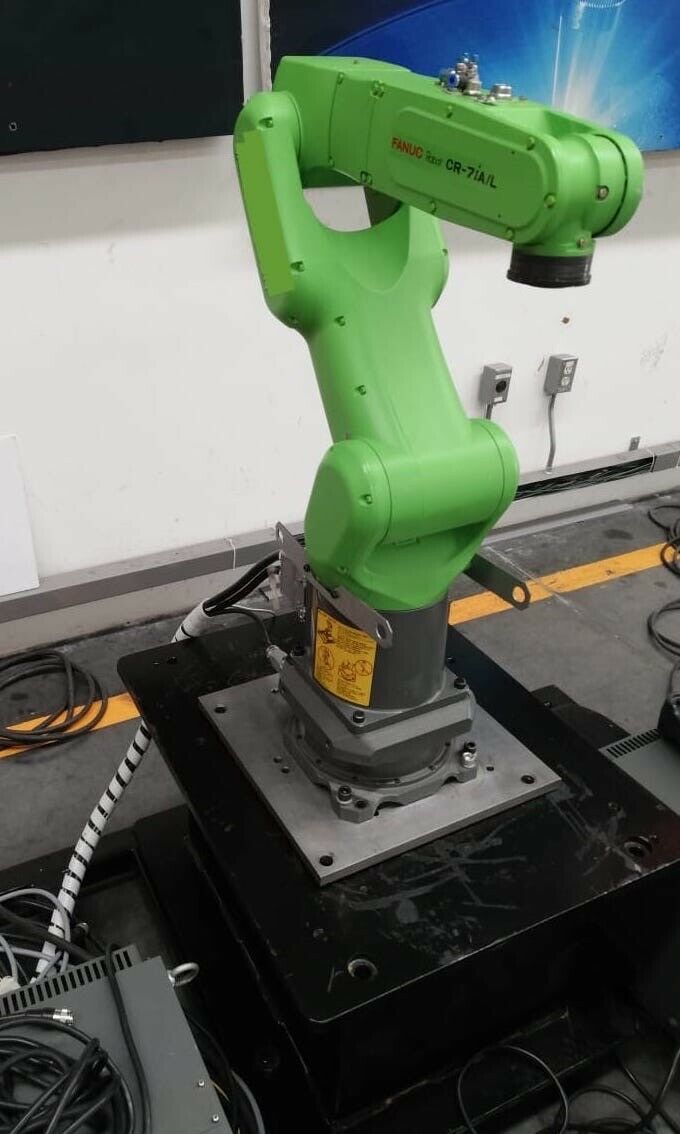 Collaborative robots are defined as robots capable of safely operating around humans without the need for features such as safety fencing. Collaborative robots are also commonly referred to as cobots for short and are designed with collision avoidance technology. This collision avoidance technology is what allows collaborative robots to safely operate amongst humans. Their advanced safety sensors can detect when there is an intrusion within the cobots work envelope, and it will either slow its movement or stop all together depending how close a person or object may be.

What also makes collaborative robots different from other industrial robots is their unique rounded designs for gentler interaction in the off-chance contact does occur. Their wires and motors are all internalized to prevent possible exposure to human workers. Force sensors allow cobots to be able to detect any abnormal force applied to their robot arm while in operation and to adjust accordingly to these changes by either stopping or slowing down.

Collaborative robots are best for automating repetitive, mundane, and tedious tasks. Some of the biggest drivers of the collaborative robot market are from those in the automotive, packaging, metalworking, machining, and food industries. In these industries cobots are commonly used for pick and place, packaging, and palletizing applications. Collaborative robots are also a popular choice for dispensing applications when it comes to sealing, painting, or applying adhesives due to their precise movements. You may also see them taking over machine tending applications that traditionally require the presence of an operator. Cobots eliminate these strenuous and repetitive tasks for humans by automating the loading and unloading of machines.

Many of the top robotic manufacturers have entered the collaborative robot market, including ABB with their YuMi robot. This ABB cobot was designed to complete inspection applications for the electronics industry. In fact, it can detect defects and flaws that are otherwise undetectable to the human eye. FANUC has also gotten into the cobot world with its CR robot line that features payload ranges between 4-35 kg. FANUC’s first collaborative robot was the 6-axis CR-35ia but has since developed several other cobots including the CR-4ia and CR-7ia. The FANUC CR7ia has the same build structure as the FANUC LR Mate 200id. The The CR robot line features additional safety measures by coating each robot in green foam material for increased collision protection. Other collaborative robot manufacturers include Motoman, Kuka, Epson, and Universal.

The integration of collaborative robots alongside human workers on production lines has helped manufacturers increase productivity, improve quality, and provide greater flexibility within operations. The affordability and continuously improving safety technology of these robots is fueling the rapid growth of the collaborative robot market, which is projected to only increase in the years to come.