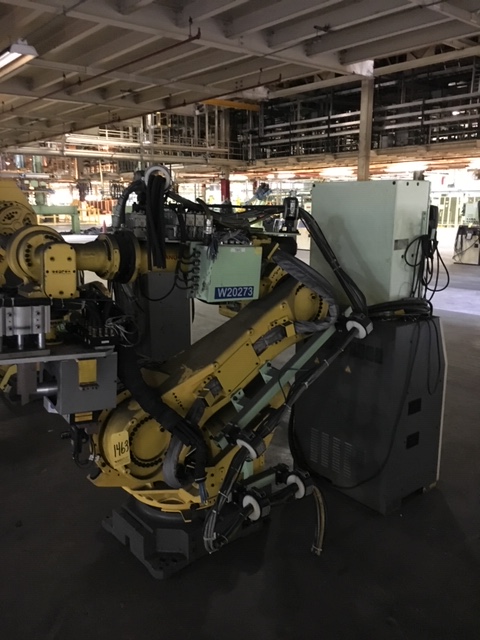 Robots Done Right has completed the acquisition of a FANUC R-2000IB/210F robot and a FANUC R-2000ib/165F, both with a FANUC R-30ia controllers, from a seller in Illinois. These used FANUC robots are an optimal choice to perform spot welding applications. The FANUC R-2000IB can also be integrated with a gripper or custom end of arm tooling to perform material handling applications. The FANUC R-2000IB 210F has a heavier payload than the FANUC R2000ib 165F and a smaller work envelope than the FANUC R2000ib 125L. These used FANUC robots will be consigned to one of our partners to be evaluated, cleaned, and made available for sale.