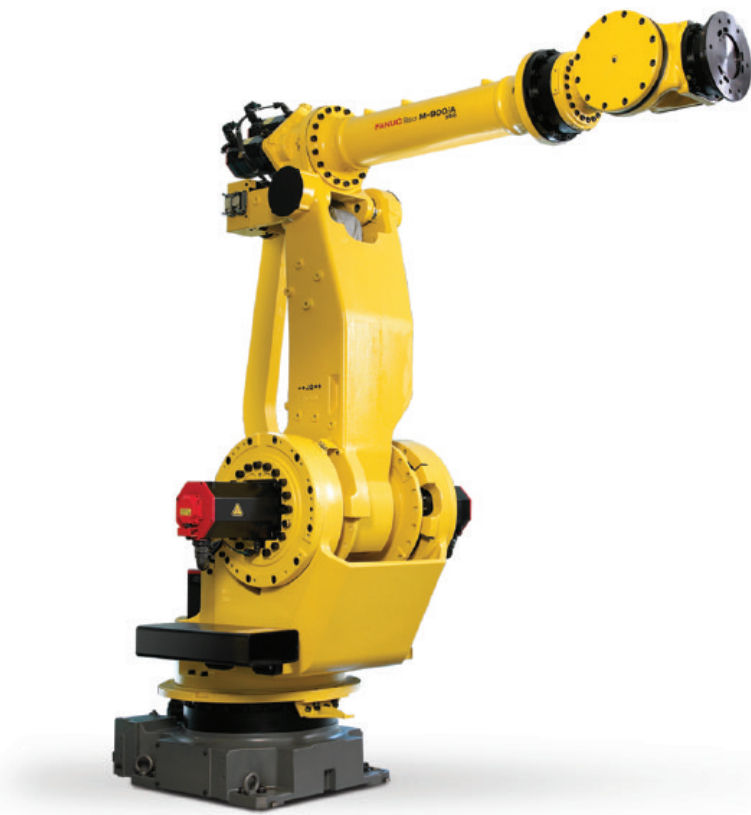 FANUC Robotics is setting the benchmark when it comes to designing robots suitable for extremely harsh work environments with their FoundryPro robot option. The FoundryPro option provides FANUC robots with additional protective measures for the toughest of conditions. FANUC FoundryPro robots can be commonly found operating in foundries, steel mills, automotive plants, and forge shops. These used robots are capable of not only working in tough environments, but also completing some of the most demanding applications including injection molding, die-casting, cutting, material handling, machine loading/unloading, grinding, and deburring.

When FANUC robots are integrated with the FoundryPro option they become completely IP67 classified. The IP67 classification is one of the highest ratings on the Ingress Protection scale. IP67 rated robots are dust tight and can be temporarily immersed in water, specifically up to one meter of water for up to thirty minutes. FANUC breaks down its robots into three sections for IP ratings, one for the J3/wrist, one for the main body drives, and one for the main body. FoundryPro robots like the R-2000ib/165F are IP67 protected for all three of these sections.

You may be wondering how exactly the FoundryPro option protects FANUC robots, such as the M-900ib/700, from high dust and water. Each robot is built with gaskets on the motor and battery box for a seal that is airtight. Stainless steel is used for non-load bearing bolts and the bolts are also coated. Double oil seals are used at the robot’s joints for additional water protection. Robots are coated with two-part epoxy paint to protect against wear and tear on the outside of the robot and high pressure washing. Additional features include water proof EE connectors, antirust flange, and clear coatings added to any non-painted surfaces to prevent the intrusion of liquids or dust.

FANUC has also built its FoundryPro option robots with smarter mechanical designs to help further reduce maintenance and the risk of robot down time when operating in difficult conditions. Robots comprising FANUC’s M-710iC series are built with fewer mechanical components for increased runtimes and less maintenance. They also eliminated the motor from the robot wrist for this series to further protect these robots from any adverse incidents. The robot base of this series expels air to prevent particles from entering into the robot. This design when paired with the FoundryPro option makes for a series of workhorse robots, capable of handling any conditions.

Manufacturers are recognizing FoundryPro as a cost-effective solution to improve worker safety by removing workers from these dangerous environments and using FANUC robots instead. A FANUC R-2000ib/210F with the FoundryPro option is better suited to operate in tough conditions such as those often found in foundries. The robot is built to withstand high temperatures, dust, chemicals, and pressure sprays without tiring or needing any downtime. Operations are kept running around the clock with longer robot runtimes and productivity increases. FoundryPro robots are fully protected from harsh elements, freeing up production limitations based on work conditions. Manufacturing costs related to overhead and worker injury are significantly reduced when replacing workers with FANUC FoundryPro robots.